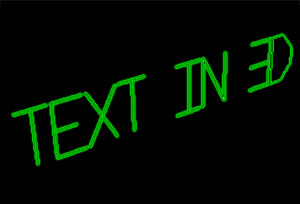 I wrote some JavaScript to create single-line 3D text using the three.js library to render 3D on a canvas using WebGL. Three.js can already render text with its TextGeometry class, but I wanted something simpler: single-line fonts.

Regular fonts characters are usually outline fonts. These font files describe the outline of characters, and the outline is filled with a color. The fill is the only actual visible part.

In a single-line font the line itself is the visible part of the font. It makes for much simpler font files. Compare it to writing with a pen: It’s much quicker and simpler to directly write characters as lines than to draw them as outlined shapes and fill in the shapes.

Clone the repository from GitHub at:

To install and start do the usual:

…and the app will be available at localhost:3009

Or see it here live on GitHub Pages:

Atari programmer Ed Logg designed the original Asteroids font. More recently Trammell Hudson made a slightly adjusted version of the font for his own projects, of which he put the source file on GitHub.

The font description by Trammell Hudson is a C language file, but it was easy to translate to a JSON file with SVG paths for the characters:

From there I could take some functions from ThreeJS’s SVGLoader to parse the SVG strings into Path objects, en then create Line objects for each character and align them horizontally as a line of text in a Group.

Very cheap and simple text. The only thing I don’t like about the LineBasicMaterial text is that lines can only be 1 pixel wide. I would have liked to be able to adjust the line thickness. I will try and see if I can change that at some point, but for now this code does what I need. 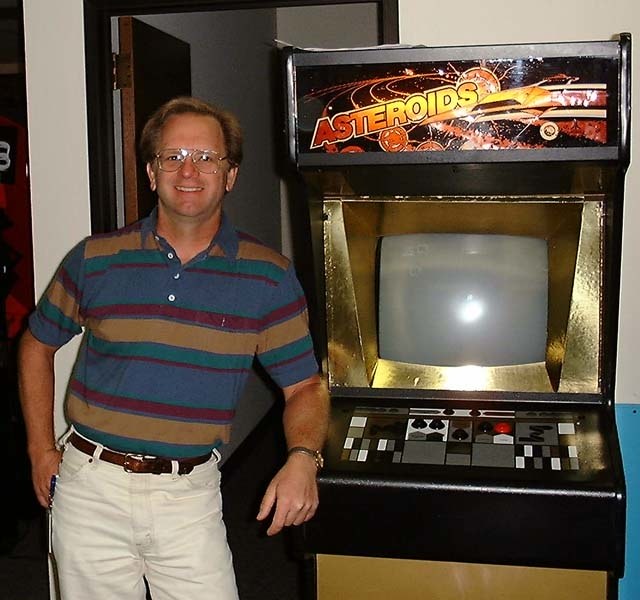