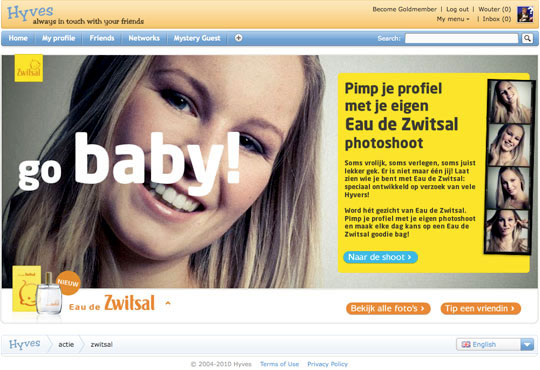 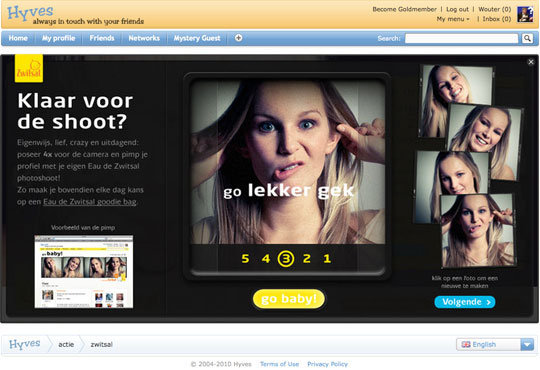 Eau de Zwitsal
Sara Lee
2010
http://www.hyves.nl/actie/zwitsal
Zwitsal launched it’s new perfume ‘Eau de Zwitsal’ with a campaign on the Hyves social network.
This campaign – Go Baby! – is an online photoshoot. Hyves members are invited to pose for their webcam and shoot four photos. This photoshoot is placed on their homepage to ‘pimp their profile’, the photos are later used as posters in a further campaign and the Hyves members may win exclusive goodie bags.
Kraakt-ie ‘m of Kraakt-ie ‘m niet 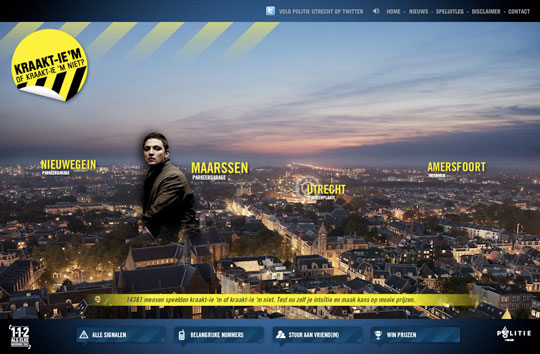 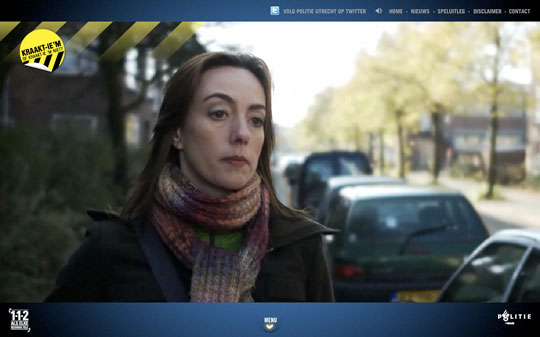 Kraakt-ie ‘m of Kraakt-ie ‘m niet
Politie Utrecht
2009
http://www.herkendesignalen.nl
112 is the Dutch emergency telephone number. With www.herkendesignalen.nl (recognize the signals) the police wants to make the public aware that 112 can also be used when you expect a crime is about to be committed. Especially car theft.
The main feature of the site is a sort of game: You can watch four scenarios (videos) of people acting suspiciously around cars. Each video stops halfway and you’re asked what you would do. Do you think a crime’s about to happen and there’s reason to call 112? Or is it just some innocent person admiring a nice car?
After you decided you see the second half of the video and you learn the answer. And after the four scenarios you can submit your score and win prizes.
De Bliksems 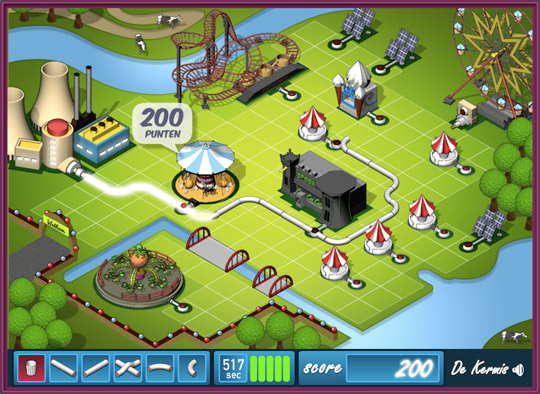 De Bliksems
Liander
2009
http://www.debliksems.nl
De Bliksems is a website to make children aware of the activities of Liander, the company that manages the Dutch power grid.
Part of the site is a Flash game: Connect the powerplant with the city, houses, windmills, solar panels or the big ferriswheel at the fairground. You must connect as many things to the powerplant as you can until your time ends and the energy begins to flow through the connected tubes.
I made three new levels for this game: ‘Moving house’, ‘The Birthday’ (connect things in the house: TV, lamp, game console etc.) and ‘The Fairground’.
Pickwick redesign 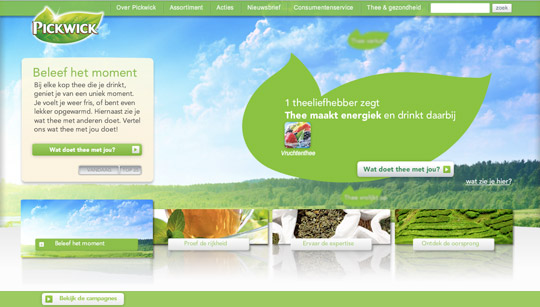 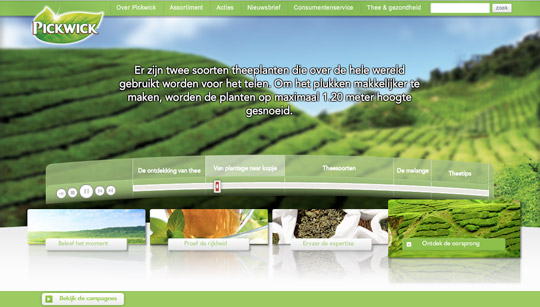 Pickwick redesign
Sara Lee
2009
http://www.pickwick.nl
Redesign of Dutch tea brand Pickwick’s website. On the homepage four Flash applications that have something to do with tea.
I made one where you’re invited to enter in one word what tea means to you: For example “Tea refreshes” or “Tea relaxes”. Things like that. Random entries by other people drift by in the background.
A4 Quattro 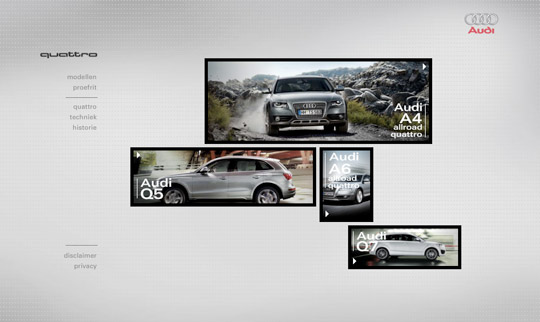 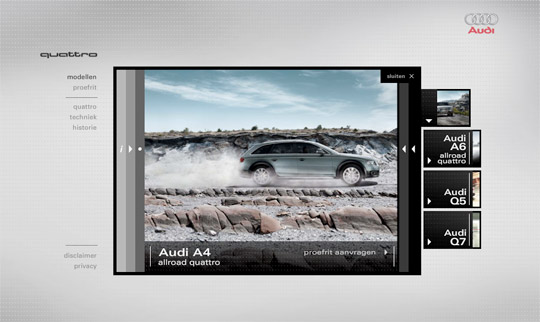 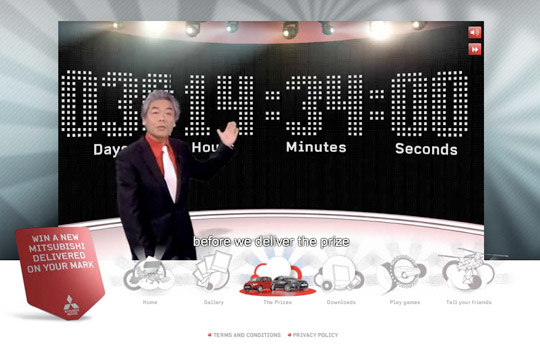 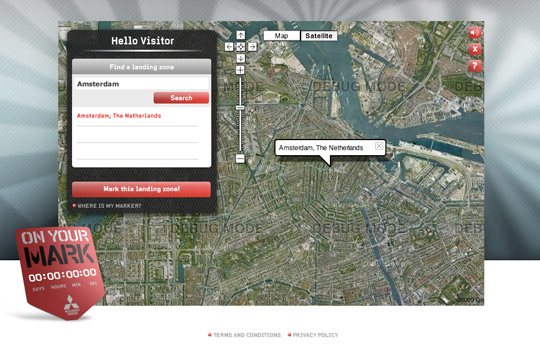 On Your Mark
Mitsubishi
2008
not online anymore
Multilangual (released for most European countries) website to promote a new Mitsubishi car.
It’s presented in the form of an over the top Japanese gameshow. With a Japanese host (video), silly games (Flash and video) and real Mitsubishi cars to win.
Visitors could place a marker on a map of their country (Google Maps API) and one winner per country got a car delivered by helicopter exactly on the spot he/she marked on the map.
Ringtone Creator 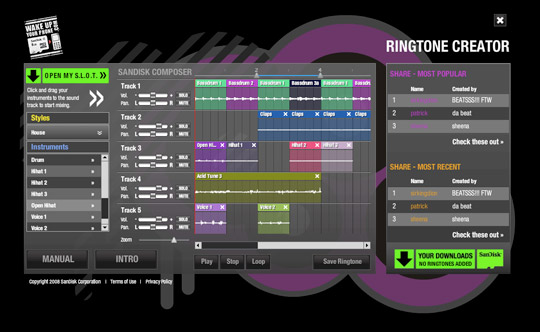 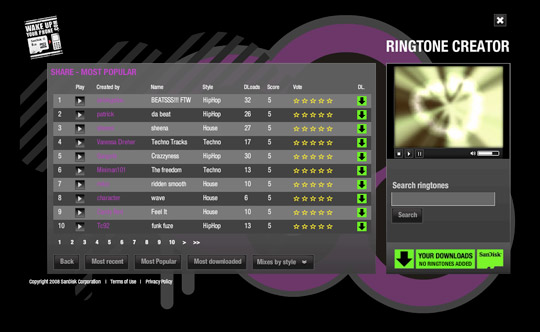 Ringtone Creator
SanDisk
2008
http://ringtonecreator.wakeupyourphone.com
Part of a campaign for SanDisk’s 8GB microSD Memory card. It’s a music sequencer to create ringtones. You can choose between different music styles, and visually arrange music loops on five tracks to mix and download your own ringtone. Built for Flash player 9 using the Popforge library. A Ruby on Rails backend converts the tracks to a downloadable MP3. And visitors can share and rate each other’s ringtones.
UPC-All-In 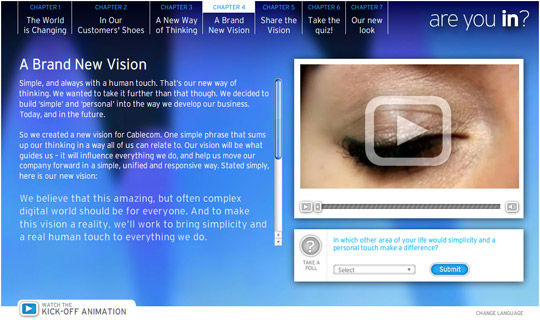 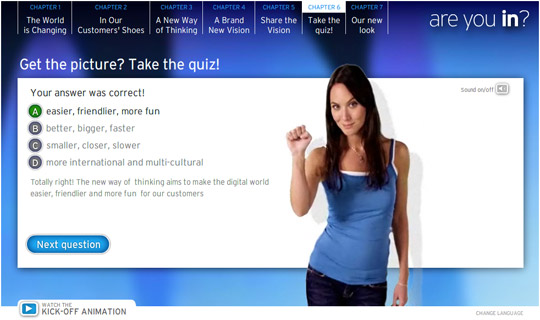 UPC-All-In
UPC
2007
not online anymore
Website to introduce UPC’s new logo and corporate design to UPC employees.
Most interesting part is a quiz presented by a video recorded presenter. Many short videos were recorded of the presenter: Asking the questions, reacting to wrong or right answers, waiting ‘idle’ loops, giving all possible end scores etc. These are loaded and played when needed as the quiz proceeds.
The Ventilators 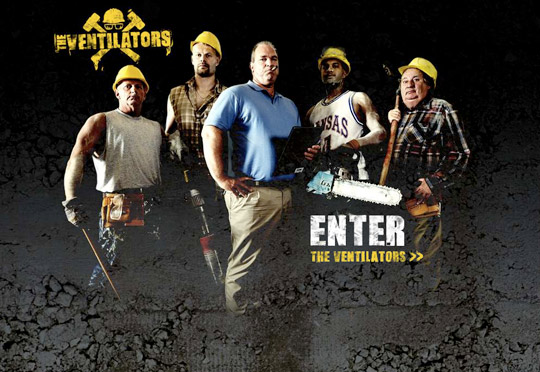 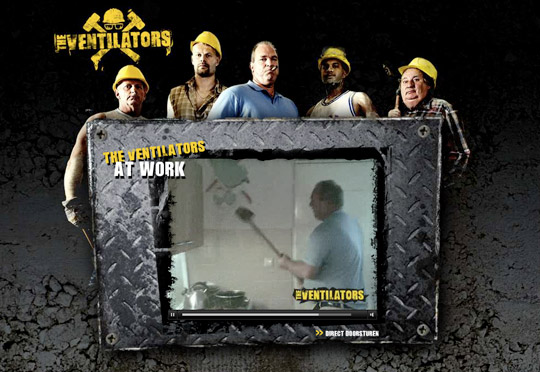 The Ventilators
Ministerie van VROM
2006
not online anymore
Landingpage for a viral video, part of a government campaign for awarenes of the importance of ventilation at home. You could send a friend a link to the site, and she/he would see the video of ‘The Ventilators’, a group of rough demolishers visiting an unsuspecting family to ‘take care of ventilation’, but actually breaking away whole walls and smashing holes in floors to get fresh air into the house. The end of the video would be a shot of the boss of The Ventilators taking a look at his list for the next house to visit, and you would see your own name on that list. (Flash text on top of video animated in sync with movements in he video).
Harry Potter Schreeuwmail 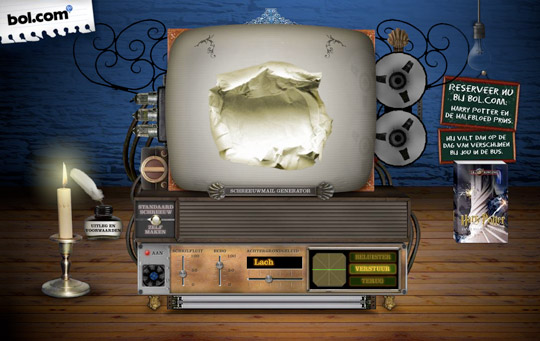 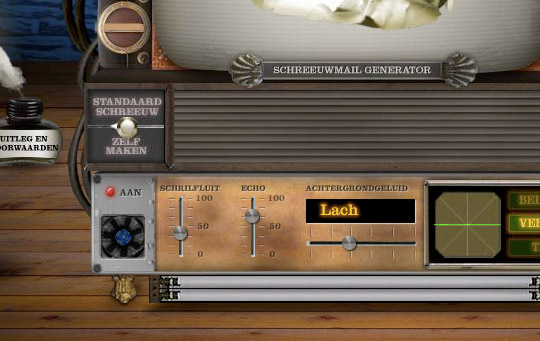 Harry Potter Schreeuwmail
Bol.com
2005
not online anymore
Sinterklaas / Christmas campaign for a Harry Potter book. Children could send each other a ‘Schreeuwmail’. Record a message through the Flash website and a Flash media server and add sound effects. Their friends were invited by email to visit the site and could hear the Schreeuwmail there.
Dance Valley Reporter 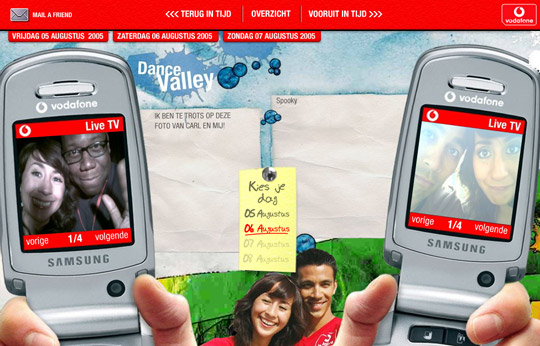 Dance Valley Reporter
Vodafone
2005
not online anymore
Website for Vodafone’s service to easily record, send and receive videos on your mobile phone.
In the months leading up to the Dance Valley festival people could apply to be a ‘Dance Valley Reporter’. From all applicants two reporters were chosen to record video’s the festival’s preparation, the festival itself and interviews with guests and DJs. A sort of video diary made with regular mobilr phones. Which was a new thing then.