It’s not that easy to synchronize programmed animation and dynamic sound in Flash. To have something happen on screen at exactly the same time a sound starts to play.

I thought about it a bit and came up with two different scenarios where audio and visuals need to be synchronized:

This is the simpler scenario. For example: There’s an online drum machine built in Flash that plays a drum sound on every beat. A kick drum in a techno track for example. On the machine’s interface there’s a small red LED light (a MovieClip) that should blink each time the drum hits.

The drum machine has a steady rhythm set in BPM (Beats Per Minute). So once the machine has started it’s always known when the next drum hit will happen. Here’s a graph of the events:

To synchronize the two it’s a simple addition. Duration (a)(p) plus duration (p)(q).

This second scenario is a bit more complicated. Hopefully someone else has a simpler solution. But until then this is the solution I use.

Click the ‘Start’ button in the example above: Balls bounce on the floor and each time one of them hits the floor a ‘boing’ sound plays. A simple implementation of Newton’s laws of motion.

A graph of the events:

The trick is to delay drawing the animation for a ‘latency’ amount of time.

That is the principle of how it works. The actual implementation is a bit more involved:

So what’s going on?

I’m afraid this explanation might be more complex than the actual code. So I’ll add some of the relevant ActionScript.

To understand it you should know that there is an AudioDriver class that listens to the SampleDataEvent. Each SampleDataEvent it sends an ENTER_BUFFER notification (this is PureMVC) to notify all Ball instances to store their position. To do this the function enterBuffer is called on each Ball instance:

This function does what was expected: A new position is calculated and stored in a BallVO value object, the BallVO is added to the _history and a bit of maintenance is done: Keep _history’s length within bounds.

The only other thing is the _isDragging Boolean. Balls can be dragged to a new position.

The AudioDriver also sends an ENTER_FRAME notification. This is just like a regular Event.ENTER_FRAME from a DisplayObject except that it has a AudioStreamInfoVO value object as an argument. The AudioStreamInfoVO has a ‘latencyInMS’ property that holds (as you’ll have guessed) the latency in milliseconds that the animation should be delayed.

So in this function there’s a variable ‘time’ which holds the moment in time in the past that must be drawn, ‘before.time’ and ‘after.time’ and a resulting ‘alpha’ which is the interpolation value between before and after. The resulting ball position calculation is this: 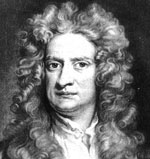 The new thing here is that if the ball hits the floor somewhere between before and after (if(before.vy > 0 && after.vy < 0)), then the regular linear interpolation doesn’t give the right visual result and some extra code is necessary. But that’s another story.

All this code is not optimized at all. In this example I wanted to keep it all as clear as possible to read and understand.

Hi Tendouji, I hope you could find your answers in the source code. It’s difficult to explain clearer in English than in ActionScript :-).

Anyway, about these durations:

(p)(q) is the easy one. The audio system latency, the time it takes your audio driver and soundcard to process the samples and present them as sound on the soundcard’s audio output. This is just a simple calculation: You need two values: The position property of the flash.events.SampleDataEvent that is passed to your SampleData event listener and the position property of flash.media.SoundChannel object that was returned by the play() method of your flash.media.Sound object. Then it’s this calculation: ((sampleDataEventInstance.position / 44.1) – soundChannelInstance.position). See Adobe’s SampleDataEvent reference.

(a)(p) is internal to your Flash application: SampleDataEvents are received at regular intervals. But if you have calculated when a sound has to start playback it would be a coincidence that that starttime would be the exact moment, on the millisecond, that a sampledata event is received. More likely the sound should start somewhere in between. The duration (a)(p) is that time difference. So if the sound you want to play should start somewhere between the current and the next sampledata event then the first sample of the sound should not be on position zero of the buffer but on position (a)(p).

Hope this helps, Maybe a clearer answer can be found elsewhere.

Thanks. The programming is the difficult part for me too, but fun at the same time. Depending what your goal is it might be worthwhile to have a look at Processing (www.processing.org). I think it’s easier than Actionscript.

I am working on the sample no. 1, animation follows audio. But can you explain further on the technical code on how to write this? I am a bit lost in getting the duration (a)(p) plus duration (p)(q).

Great post. I can think of a lot of reasons to synch audio and visual on a web site.
The programming would be the difficult part for me, I come from the music and sound area but maybe it is worth the dive..
Thank you.

Hi Wouter,
I just discovered your blog. You’ve written some excellent articles and examples and got me excited about programming audio in Flash again :) I’m just about to start an audio project where I need the animation to follow the sound and it’s reassuring to find that you have similar solutions to the ones I was thinking of. Thanks, and keep up the good work.